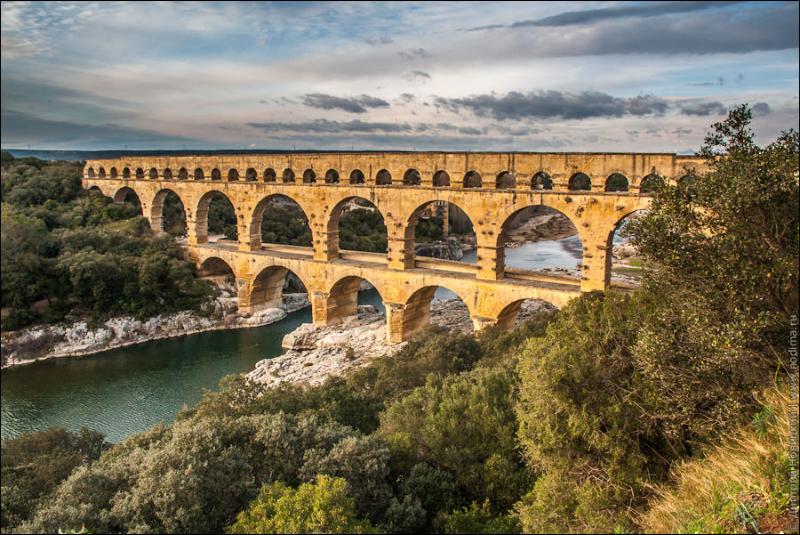 Archaeologists, thanks to modern tools for studying the earth’s surface, have recently found many new artifacts that still need to be understood. Among them there are samples that unequivocally testify: our ancestors used the water supply system thousands of years before our era. Of course, the ancient aqueduct was not a mass phenomenon in those distant times. Only in Ancient Rome a system of continuous supply of the whole city appeared.

The appearance of the first aqueduct is connected not only with the development of science and technology, but also with the fact that a large crowd of people is in dire need of such a system: Rome, during its dawn, could accommodate up to a million people. Without running water and sewerage, the Romans would have suffered massive epidemics and thirst. It was the water supply that provided the inhabitants of Rome with clean drinking water for centuries. In those days, for every inhabitant of the capital of Italy, there was a whole cubic meter of water! It’s funny, but the modern inhabitants of Rome consume three times less clean water per capita than their ancient ancestors.

To build a plumbing system, ancient engineers used the materials at hand: lead, clay and wood. Often these materials were taken from the less successful opponents of Rome. The water supply itself was erected by the hands of slaves captured in military campaigns.

The construction of the aqueduct was provided not only by the resources obtained in the wars of conquest, but also by the funds collected from the citizens of Rome. Among other things, we can recall the water supply system in Asho, which appeared 250 BC. e. It was built with resources captured after defeating Pyrrhus. When in 144 BC. e. Corinth was plundered, part of the funds went to the creation of Marciev’s aqueduct in Rome.

Victories in battles are not such a regular event. Therefore, in order to maintain a water supply system in Rome, a special tax for the use of water had to be collected on it. This tax was paid most of all by the holders of baths and canals.

How the Roman aqueduct was built

The water supply system in Rome was built according to a rather complicated scheme. First, a suitable source of water was found for the aqueduct, as the aqueduct was then called. Since there were no pumps at that time, it was necessary to look for a source that would be located above sea level, and better – in the mountains. So that the water itself, under the influence of gravity, flows into the dwellings and baths of Rome.

READ  How is drinking water produced?

When the deep spring was discovered, the first phase of the construction of the aqueduct began. A reservoir was dug near the fresh water source. From it, pipes were laid directly to the baths and dwellings of noble nobles, which were either hidden underground or laid directly on the surface.

Plumbing pipes were made from lead, clay or wood, so the population of Rome, according to some reports, suffered from lead poisoning. However, lead could hardly have caused the collapse of the empire.

Indeed, lead can lead to cancer, but cancer manifests itself in adulthood. The Roman nobility most often died much earlier: in the war, from epidemics and cardiac arrest due to too violent feasts. Cancer is a problem of rapid growth in life expectancy in the 20th and 21st centuries. Compare:

It is easy to see that without antibiotics, normal food, medicine and, of course, clean drinking water, a person lived a relatively short life. As soon as the Soviet Union managed to introduce a high level of free medicine, to establish a massive water supply in all cities of the country – infant mortality decreased, the population increased sharply. Suffice it to say that from 1920 to 1990 the population of the USSR more than doubled!

It remains to say that today, clean drinking water remains a guarantee of health and active longevity. Nowadays, any Russian can buy perfect clean bottled water for themselves if the tap water is a source of criticism. Spring drinking water can be ordered from the Waters of Health company.

Where water pipes were located in ancient cities

From the reservoir, pipes were either laid underground or laid on the surface. We tried to find soft ground to make the work easier. Sometimes special channels were dug for laying. Pipes were placed in them, after which the slaves buried the channel with soil. Sometimes the pipes were additionally protected from weather conditions – they were covered with stones. If hard rocks were encountered on the way of the water supply, the channel was cut right in the rock. Holes were made in the pipes at equal distances to prevent the water from deteriorating and becoming saturated with unpleasant odors.

Plumbing systems were often built above ground. The pipes were placed on the walls, in special recesses. The pipes were covered with plaster from above. They ventilated the water in the usual way: they made holes in the pipes. Often the water-piped arches-walls were so powerful that they were used as bridges over water barriers and ravines.

It should be noted the capital nature of the water supply structures. The Romans made everything with high quality from the strongest materials, so that Roman roads and water pipes have survived to our time. Now in Rome, you can see the monuments of that era: aqueducts and fountains scattered throughout the city.

The first aqueduct in Rome was built in 312 BC. In any case, earlier structures of this kind on the territory of modern Italy have not yet been found. Now this aqueduct is called Aqua Arria. It was built by the famous Appius Claudius, who by that time became famous for the construction of the first Roman road.

Аqua Arriа is a mixed water supply system. What does it mean? It’s simple: part of it was laid underground, and part – above it. The length of its hidden underground part exceeded several kilometers, and the above-ground part, which ran within the city, had a kilometer length.

After about 40 years in 273 BC. e. the Roman authorities decided to build another aqueduct. It was already completely underground. More than a hundred years later, in 146 BC. e. the third water pipeline was built, the very same water pipeline of Marcius, almost 10 kilometers long!

READ  Water from 19 liter bottles is good for your health

It should be noted that the water supply at that time was a gigantic infrastructure project. Its construction is comparable in complexity to the construction of the Volzhskaya HPP, recognized as the largest HPP in the world in 1961. This is why only three such projects were implemented in the early Roman Republic in 200 years.

Before the beginning of our era, nine large aqueducts appeared in Rome. And after 200 years, there were 13 such structures in the city. It is difficult to say how much water these systems pumped. It can only be noted that millions of citizens of the eternal city rarely suffered from thirst. The Romans themselves were sure that it was the aqueduct that distinguished their civilization from the general world barbarism.

How did the plumbing work? In Rome and other cities there was a whole ministry that supervised the supply of water to the city. In Russia, the Government is responsible for water supply, since water is the primary human need. If necessary, you can order clean drinking water in bottles, for example, from the company “Health Water”.

In the late Roman Empire, due to the large number of aqueducts, water was quite cheap. However, the sale of water was a significant source of revenue for the budget. In addition to the gigantic plumbing system, a very developed sewage system was built in Rome. All wastewater fell into the Tiber. Over time, the drainage channels began to smell unpleasant, so that already in the second century BC. e. they were vaulted. 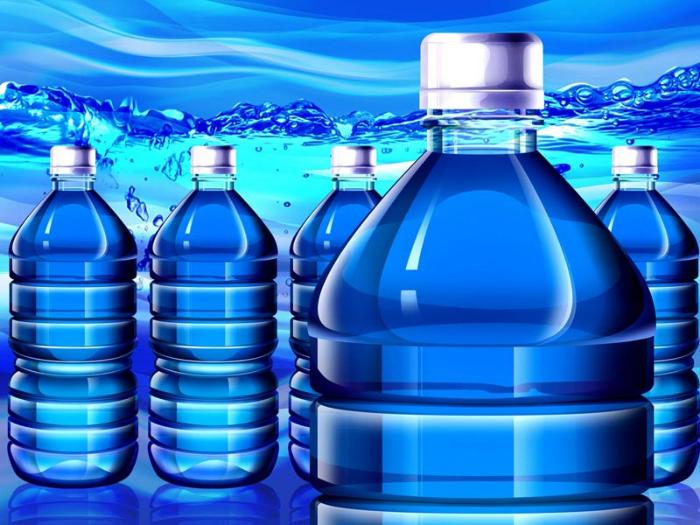 The key to our health lies not only in maintaining proper nutrition and a healthy lifestyle. The systematic use of clean drinking water is the basis for all the desired 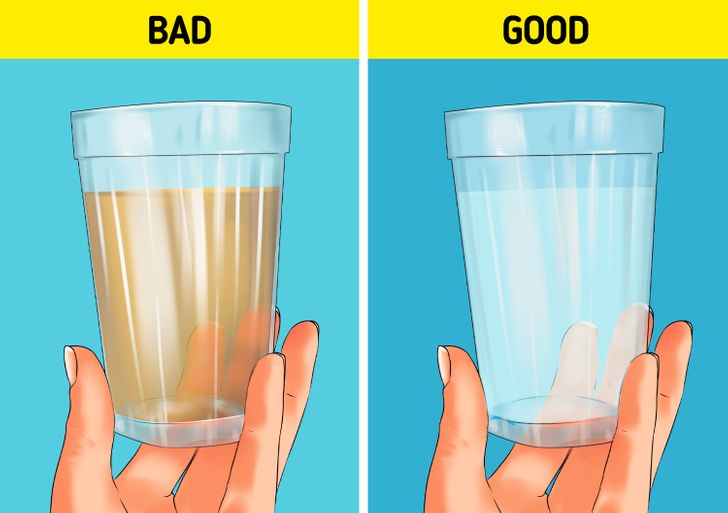 Water is the main “fuel” of the human body. That is why, in order to maintain a high level of human activity, it is important to drink only high-quality H2O 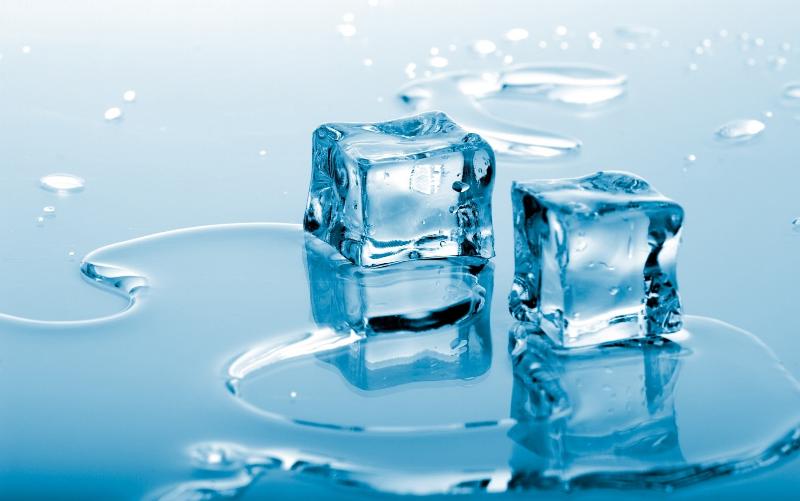 Water has become the cradle of all living things for a reason. The fact is that it has just wonderful chemical properties. Even those substances that do not have special